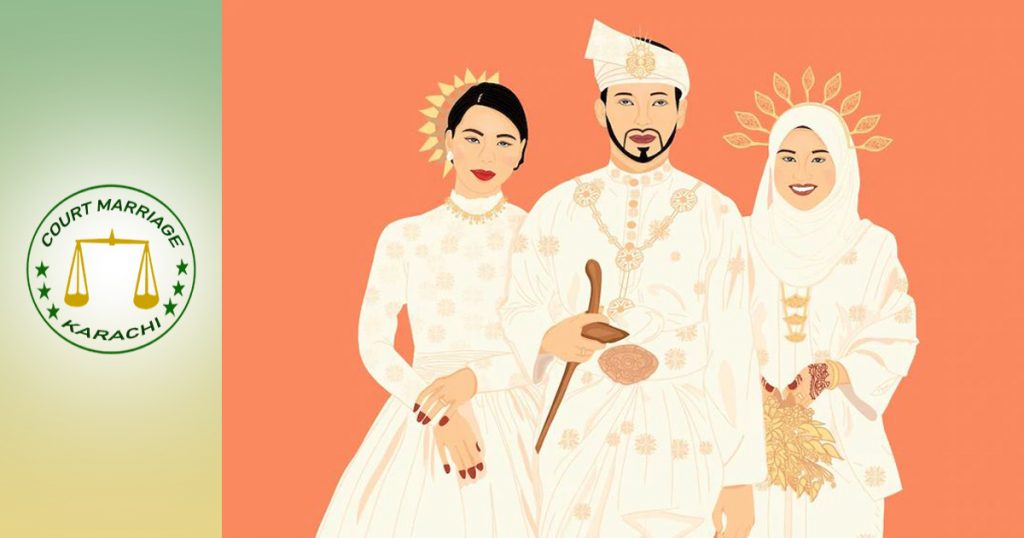 Polygamy Multiple Marriages Laws is the practice of marrying more than one person. While this may be an unusual idea for many people, In some cultures, polygamy is accepted. As an example, in some Hindus, Muslims, and even Christian countries, polygamy is a normal practice. Some Native Americans, Native Australians, and Mongolians practice “group marriage,” in which the nuclear family consists of multiple husbands and multiple wives.

However, in many parts of the world, including Pakistan, polygamy is legally prohibited and even criminalized. The United Nations Human Rights Committee has concluded that polygamy violates the International Covenant on Civil and Political Rights (ICCPR) to the extent that it leads to unequal treatment of a person’s right to marry in cases where polygamy is permitted.

In countries where religion plays a central role in society, including government rules related to marriage that stems from religious traditions and values. For example, the Jewish legal tradition did not completely prohibit Polygamy Multiple Marriages Laws. The Torah states that “if he marries another woman, it is not permissible for him to deprive the first woman of her food, clothing, and marital rights. In Islamic legal traditions, a husband can marry several wives under certain conditions.

On the contrary, Muslim women are generally prohibited from marrying multiple husbands. In Christianity, many denominations reject the practice of polygamy. For example, the Roman Catholic Church considers this practice an affront to the dignity of marriage and conflicts with the moral values of the religion.

According to Muslim Family Law Jurisprudence 1961.

(1) No man, during the subsistence of an existing marriage, shall, except with the previous permission in writing of the Arbitration Council, contract another marriage, nor shall any such marriage contracted without such permission be registered under this Ordinance.

(2) An application for permission under sub-section (1) shall be submitted to the Chairman in the prescribed manner, together with the prescribed fee, and shall state the reasons for the proposed marriage, and whether the consent of existing wife or wives has been obtained thereto.

(3) On receipt of the application under sub-section (2) the Chairman shall ask the applicant and his existing wife or Crl. P. No. 1252/2016 3 wives each to nominate a representative, and the Arbitration Council so constituted may, if satisfied that the proposed marriage is necessary and just, grant subject to such conditions, if any, as may be deemed fit, the permission applied for.

(5) Any man who contracts another marriage without the permission of the Arbitration Council shall: (a) Pay immediately the entire amount of dower, whether prompt or deferred, due to the existing wife or wives, which amount, if not so paid shall be recoverable as arrears of land revenue; and (b) On conviction upon complaint be punishable with simple imprisonment which may extend to one year, or with fine which may extend to five thousand rupees, or with both.”

Some people have tried to argue that laws are against polygamy and violate their constitutional right to freedom of religion. However, many Pakistani courts, including the Supreme Court, have held that such laws do not violate an individual’s right to freely exercise religion, arguing that a law prohibiting some immoral acts may remain in effect even if the prohibited act is a coincidence of One’s ritual of faith. If you are looking for a qualified legal professional to obtain advice on a legal dispute regarding your constitutional rights, Polygamy Multiple Marriages Laws, divorce, or any other family law matter, you should contact our team of lawyers. We are a full-service law firm in Karachi dedicated to preserving your legal rights and finding a fair solution to your legal problems.

About court marriage, Family Laws, Procedure of Court Marriage
It is very difficult for a layman to marry by his own will. As there comes a lot of legal…
Read More

About court marriage, Procedure of Court Marriage
Court marriages in Pakistan have to face a lot of problems. The couple has to go to court several times…
Read More

Marrying a Foreigner in Pakistan

What does Pakistani Society think About Court Marriage?

What is the Court Marriage Procedure in Karachi Pakistan?

How to Convince your Parents for Marriage

Cost of a Court Marriage in Karachi

Lawyers are Available for Legal Advice